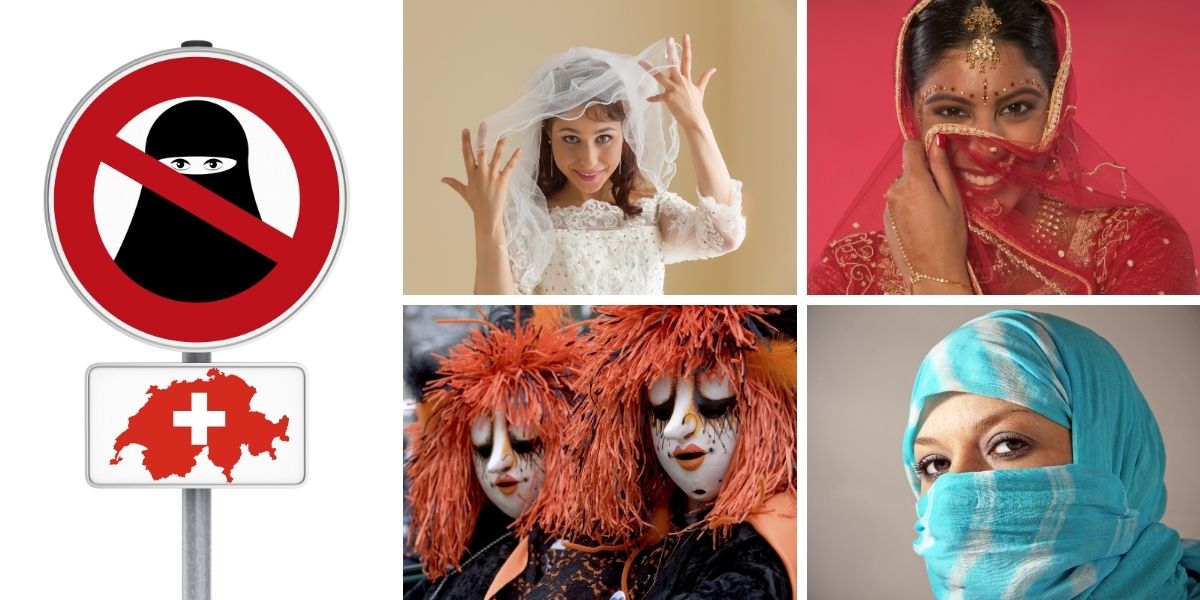 The first national votes of 2021 brought international surprise and the expected “yes” vote for the burka ban.

Switzerland voted for a ban on facial coverings including the Muslim burka and niqab in public spaces.

Full facial veils will still be allowed to be worn inside places of prayer and for “native customs”, such as carnival.

Face coverings worn for health and safety reasons are also exempt from the ban.

The vote was not an anti-mask Covid-19 pandemic reaction vote.

How many people does the burka ban impact in Switzerland?

It is estimated to impact about 50 people in total in a population of close to 8.5 million.

It does raise the question about how deep the Swiss thought about this topic before they voted.

No-one has answered the question “How does this impact the wearing of a black veil on the train to go to a funeral or a person wearing a heavy lace veil for a public photo shoot?” They may be extreme situational highlights, yet it only takes one person to call the police and to “create a scene” even in the most innocent of situations.

Next year, March 2022, the first visibility test of the law will be evident in Zurich.

“Guggen” marching bands will be out in force for the ZüriCarneval, basing themselves in Hirschenplatz in the heart of the Niederdorf.

Three days of masked players in brass bands performing intentionally out of tune renditions of popular Caribbean and Latin American music. No action will be taken, it is a native custom (more for tourism if Zurich is to be really honest with itself) yet it will act as a racist beacon for the new law.

Regional and Commercial Apathy A Factor

Zurich and Basel City voted against the future ban by a margin of over 10%. It was expected but there were not sufficient votes to offset the other cantons.

If you follow the money to the low tax cantons of Zug and Schwyz who are dependent “on foreigners,” some locals expressed real surprise the vote had even happened. Many multi-national companies including Roche, Siemens and Johnson & Johnson have their presence there and their executives were unaware of the vote.

They woke up to find their home canton had voted in favour of the ban.

Many a CHRO or PR team in the run up to the election made any statement regarding the importance of diversity, racial equality or inclusiveness.

It is a shame, it may have helped to open a few eyes and provide a common response together with other business leaders elsewhere in Switzerland.

The Future For Switzerland Will Be Uncertain

Switzerland has now joined a special list of countries again and this time it has nothing to do with money laundering or financial irregularities.

The countries who have banned the burka include:

There was an international reaction, it was to be expected, how it translates into future hiring, unwillingness to work or travel to Switzerland, only time will tell.

Will an initiative be raised to reverse this new law, possibly, again only time will tell.

“Switzerland has approached the question through a public referendum. It is bad enough for politicians to bow to bigotry and introduce repressive laws on women’s dress, but there is something uniquely sinister about the notion of politicians whipping up popular outrage against an oppressed minority among the voting public.”

Her article generated over 1200 comments (now closed) which make for interesting reading.

Switzerland to ban wearing of burqa and niqab in public places

Muslim groups criticise move, which they say will further stigmatise and marginalise their community

A notable element in the article is the following statement on the business impact:

An alliance of hoteliers and tourism professionalsfrom the Berne and Geneva regions also opposed the ban on the basis that it would reduce the number of visitors from Arab countries.

“A burqa ban would damage our reputation as an open and tolerant tourism destination,” said Nicole Brändle Schlegel of the HotellerieSuisse umbrella organisation.”

His article was shared nearly 2000 times and comments were not allowed.

“Vague justifications on how the wearing of face coverings would be a threat to safety, health or the rights of others cannot be considered a legitimate reason for such an invasive restriction of fundamental freedoms,” the OHCHR said in a statement.

It added that “in the wake of a political publicity campaign with strong xenophobic undertones, Switzerland is joining the small number of countries where actively discriminating against Muslim women is now sanctioned by law”, which is “deeply regrettable.”

What is a burka?

A burka is a long garment that covers the whole head and body, including the face.

It is most commonly black or blue in colour. The woman wearing can see through a mesh screen and it is a common sight to see people dressed like this in some Islamic countries.

Who wears a burka?

A burka is associated with arabic countries yet it is worn elsewhere under a different name. In Afghanistan it is known as a chadaree and in Russia or Central Asia it is called a paranja.

It is worn by women worldwide and is subject to controversy because of its history, association with oppression of women`s rights and religious misunderstanding.

What is the difference between a burka and a niqab?

The niqab is a veil for the face that leaves the area around the eyes clear.

The burka leaves nothing visible and is a one-piece veil with an obvious mesh screen for the wearer to see through. 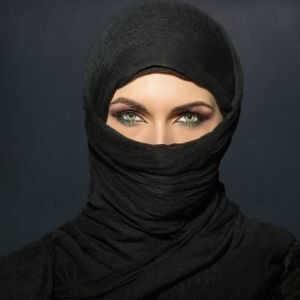 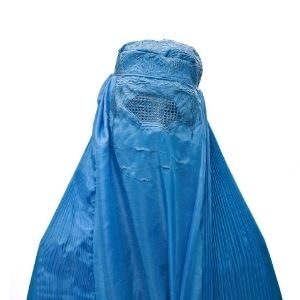 What is a hijab?

The word hijab describes the act of covering up generally and has become associated as a word to describe the headscarves worn by Muslim women. It has also become a phrase which in fact generalises many regional styles

The type most commonly worn in the West covers the head and neck but leaves the face clear. 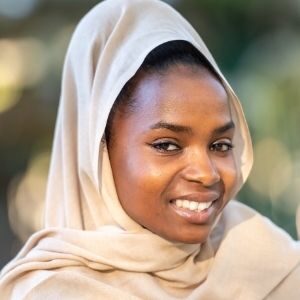 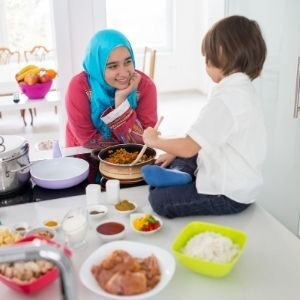 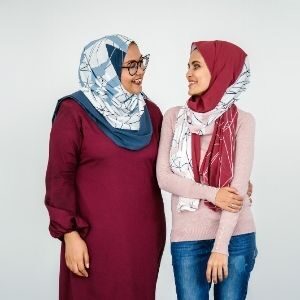 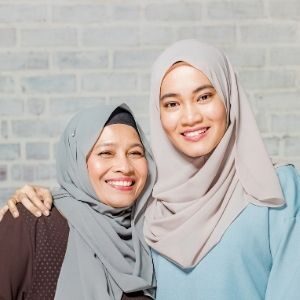 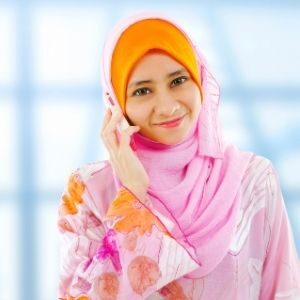 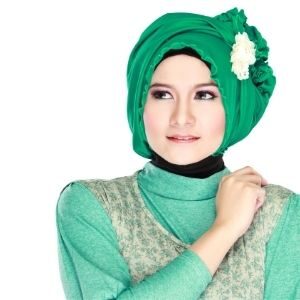 Is wearing a hijab fashionable?

Yes because it is associated with the modest fashion or modest dressing.

Modest fashion refers to a trend in women of wearing less skin-revealing clothes, in a way that satisfies their spiritual and stylistic requirements because of faith, religion or personal preference.

Are there any famous modest style fashion designers?

These designers specialise in innovative creative clothing designs which include modesty as a conscious theme.

A graduate of Madrasah Al-Ma’arif Al-Islamiah and LaSalle College of the Arts. Rising to prominence in 2014 when she was selected to showcase her Sutra collection at the Audi Fashion Festival that year.

Vivi adopts her Iraqi-Yemeni roots in her work and has had success after being one of the two modest fashion designers who debuted their collections at New York Fashion Week.  Her signature design is  an “abaya with an ethnic twist.”

A household name amongst many young fashion followers. A British-Japanese designer, she is best known for her collaboration with Japanese casual clothing brand UNIQLO which began in 2015.

Rima specialises in modest wedding gowns and other bridal wear. Her grandmother was a strong influence upon her and as a Lebanese British designer, she unifies the elements of East and West fusing inspiration from traditional Arab clothing like abayas and kaftans with a Western twist. Her Instagram page is a good showcase of her work 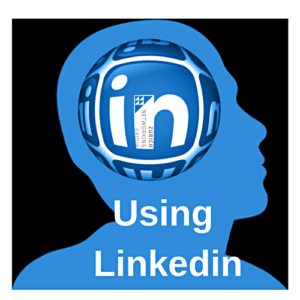 Key words list for your LinkedIn profile or CV 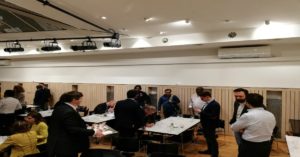 Networking on a tight budget

Contents Introduction Networking always seems to cost money and for some people networking on a tight budget they feel their options are quite limited. This

How to use LinkedIn groups

Contents Introduction How to use LinkedIn groups and your membership to your advantage and to benefit is based on multiple discussions by group members, their